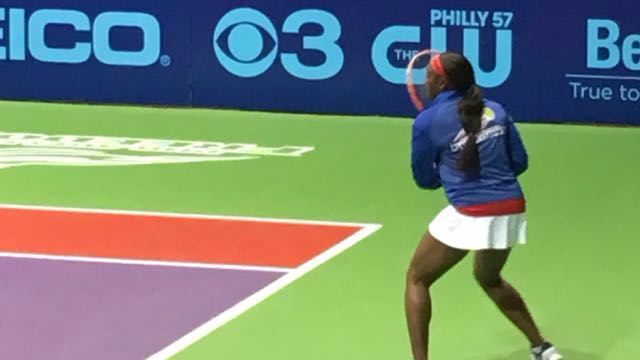 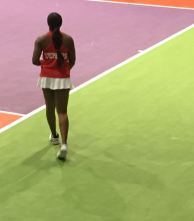 Sloane Stephens, one of the Fed Cup winning team

The USA was playing Belarus in their home country. This was the first time Belarus was playing for the title and it brought out everyone. Even the President of Belarus and his family were there, cheering on every point. And in typical cup play, the fans were noisy and passionate. The USA did have a loud cheering section of their own, but the home country fans were out in full force.

CoCo disposed of her opponents quickly, but a struggling Sloan Stephens fell to her two opponents. It all came down to CoCo and Shelby. They were playing against Sabalenka and Sasnovich. They were the same two from the Belarus team who played singles.  After a close battle, CoCo and Shelby were victorious. Title well deserved.

And what a job Kathy Rinaldi did as captain. In her first year, she coached the team all the way to the title.

With just being in the finals, this gives the US the location choice for the first round of 2018, and they chose here in the states. I’m looking forward to seeing what city they pick, and hope it’s close enough to me that I can take a road trip in February to see them.

Again, Congratulations for now and looking forward to 2018…