A couple of years ago we were lucky enough to see her at one of the Freedoms matches where the Bryan Brothers were playing that night. 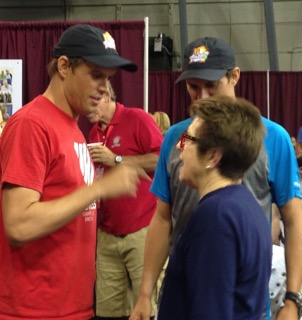 Last night the Freedoms were playing the San Diego Aviators. They had Rio silver medalist Rajeev Ram playing for them. He won the silver in mixed doubles with Venus. 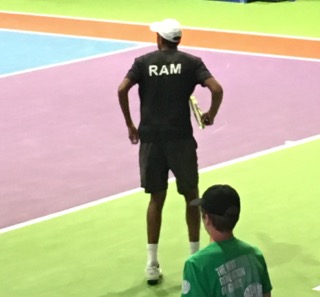 The Freedoms moved there home court to the Hagan Arena this year. The stadium was nice, with comfortable seating. Also, they had the stadium concessions open so there were pretty good food options. It’s smaller than past stadiums, so there wasn’t enough room to have as many pre match attractions. Chadsford Winery and Victory Brewery did offer wine and beer tastings.

The Freedoms have had a pretty good season this year. Last night they had Sloane Stephens, Taylor Townsend, Fabrice Martin, and Darian King playing for them with coach Craig Kardon. It was an exciting evening of play, and I can’t remember the last time the crowd was this into a WTT match. I love watching the heart Taylor puts into her games. And the Freedoms hung in there, took it to extended play, but the Aviators were just a little too much for them and they ended up taking it from the Freedoms.

With just a few more matches left, I’m looking forward to see if Philadelphia can pull themselves back up.